The exodus leaves Australia’s media without any journalists working in China for the first time in nearly 50 years.

The diplomatic standoff began when the two men — Bill Birtles, Beijing correspondent for the Australian Broadcasting Corporation (ABC), and Mike Smith, Shanghai correspondent for the Australian Financial Review (AFR) — were told they were “persons of interest in an investigation” into Cheng Lei, an Australian anchor for state broadcaster CGTN, according to the AFR. The Australian government said last week that Cheng had been detained by police in China, though she has yet to be charged with anything and Chinese authorities have not revealed what she is being investigated for.

The ABC added that Birtles, for example, was hosting farewell drinks when the police visited his apartment and told him he was banned from leaving the country, and that he would be called in the following day for questioning over a “national security case.” The broadcaster did not say what Birtles was questioned about. 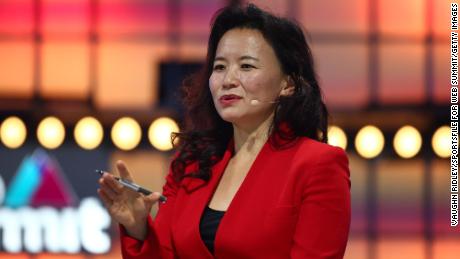 Both journalists then sought refuge in Australian diplomatic missions in Beijing and Shanghai, respectively, while Canberra negotiated with Chinese officials to allow them to leave the country. The standoff lasted five days before the travel bans were rescinded and they were able to fly back to Sydney.

CNN Business has reached out to the Chinese foreign ministry about the case, but has yet to receive any response.

Australian foreign affairs minister Marise Payne said in a statement that the government “provided consular support to two Australian journalists in China to assist their return to Australia.”

Birtles said on the ABC Tuesday that it was “very disappointing to have to leave under those circumstances.”

“It’s a relief to be back in a country with genuine rule of law,” he added. “This was a whirlwind and not particularly good experience.”

Speaking to CNN Business from quarantine in Australia, Smith said that the visits to his and Birtles’ apartments had felt “very political.”

“It was a very tense few days,” he said of his time spent within the Australian consulate in Shanghai. He added that he and Birtles were allowed to leave China on the condition that they allowed themselves to be interviewed by China’s Ministry of State Security about Cheng Lei.

“So we agreed to do that largely because we didn’t really have any option. You don’t want to be a Julian Assange and stuck in an embassy for years,” Smith added, referring to the WikiLeaks founder who lived in the Ecuadorian Embassy in London for nearly seven years to avoid extradition to Sweden.

The relationship between Australia and China has frayed in recent months after Canberra called for an investigation into the origins of the coronavirus pandemic. The countries have since engaged in tit-for-tat trade restrictions.

In an editorial Tuesday, the Chinese state-backed tabloid Global Times said “the actions of Australian politicians in recent months indicates that they don’t value trade ties with China as highly as their political interests.”
Canberra already advises Australians that they may be “at risk of arbitrary detention” in China. Payne said in her statement that the travel advice, which was last updated July 7, remains unchanged.

For Australia’s media industry, the departures of Birtles and Smith are highly significant: ABC reports that there are now no more journalists employed by Australian media in mainland China. That hasn’t happened since 1972, when Canberra normalized relations with Beijing.

While there are still some Australian journalists working in China, all are employed by non-Australian media companies.

One other news outlet, The Australian, said Tuesday that it had been advised by Canberra against sending China correspondent Will Glasgow back to the country. Glasgow is currently in Australia but had been due to fly to Guangzhou last Sunday, he said on Twitter.

Trevor Watson, who was the ABC correspondent in Beijing from 1988 to 1990, told CNN Business there has been a marked shift in how the Chinese government views Australian journalists.

When Watson was working in the country, including when he covered the Tiananmen Square protests of 1989, “there was a recognition that the ABC and Australian journalists operated independently of their government.”

That has changed dramatically now, he said.

“They’re quite fortunate really to be out of there,” he said of Birtles and Smith. “Having been a regular visitor to China since 1979, I think it will be a very long time until I return.”

Smith told CNN Business that being forced to leave China was “really sad.”

“It’s just become harder and harder to be a foreign correspondent in China,” he added. “It’s getting really hard for people to talk to you. It’s becoming more authoritarian. I think it’s becoming riskier and this really highlights that.”

He said that prior to this event, he had been largely dismissive of any potential risk to Australians in China.

“If they’re going to put exit bans on journalists, you don’t know what they’re willing to do to a prominent businessman or someone else who gets into trouble,” he added.

And earlier this year, Beijing effectively expelled about a dozen journalists from the New York Times, the Washington Post and the Wall Street Journal after the Trump administration capped the number of Chinese nationals allowed to work in the US offices of China’s state-run media.

Since then, Washington has designated a growing number of US offices of China’s state-run news organizations as “foreign missions,” requiring them to file paperwork with US authorities on their finances and personnel. Beijing has hit back by demanding the same of multiple US outlets in China.

The Foreign Correspondents’ Club of China said that “in the first half of 2020 alone, China expelled a record 17 foreign journalists by canceling press credentials.”

“At least another 12 foreign correspondents in China have received punitive truncated-term visas, sometimes for as short as 1 month, rather than standard year-long visas,” the organization added. “This comes in addition to increasing harassment and surveillance of foreign journalists, including physical assault and cyber attacks.”